"Decomposing from Inside" finally on Vinyl!

17,5 years after it's initial release we are proud to announce:

The Xeno-Korporation is proud to announce your specie will soon suffer a full-on assault of dark bio-weaponry that will not only leave your weak innards rot, but, let’s put it straight, bury your so-called civilisation six feet deep with the reissue of INHUME‘s debut full-length, “Decomposing from Inside“, on vinyl for the first time ever!

Featuring past and present members of acts such ASPHYX, SINISTER, LEGION OF THE DAMNED, GOD DETHRONED and more, produced by Erwin HERMSEN of MANGLED at TONESHED studio (CIRITH GORGOR, BILE, HADES ALMIGHTY…) and originally mastered by Willem STEENTJES at STONESOUND studio (MERCYFUL FATE, GOREFEST, SORTILEGE…), training their rotten material since years on European scenes and rehearsing it since more than five years with their, by then, quite rare line-up featuring two vocalists, it was pretty sure INHUME were heading for success with the release of “Decomposing from Inside” more than 17,5 years ago and, even to this day, the album remains relevant in all aspects and hardly matched in terms of intensity.

Get ready for a new attack in our neverending Xeno-biological war against everything human! 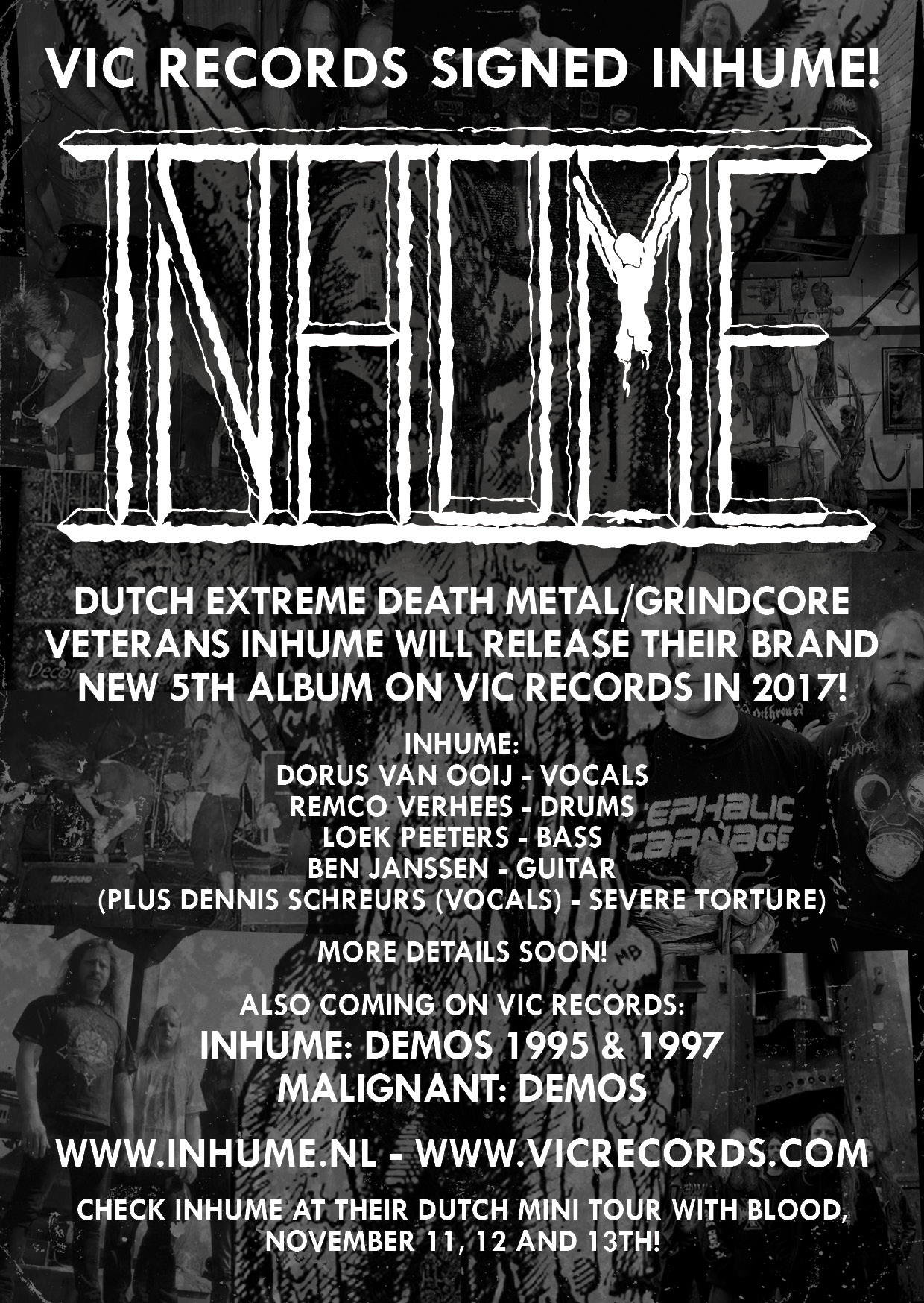 P.s. As of this week we'll start work on our next Inhume album to be released in 2017!

As of today it's possible to listen/buy our albums (or even seperate tracks) on Bandcamp! 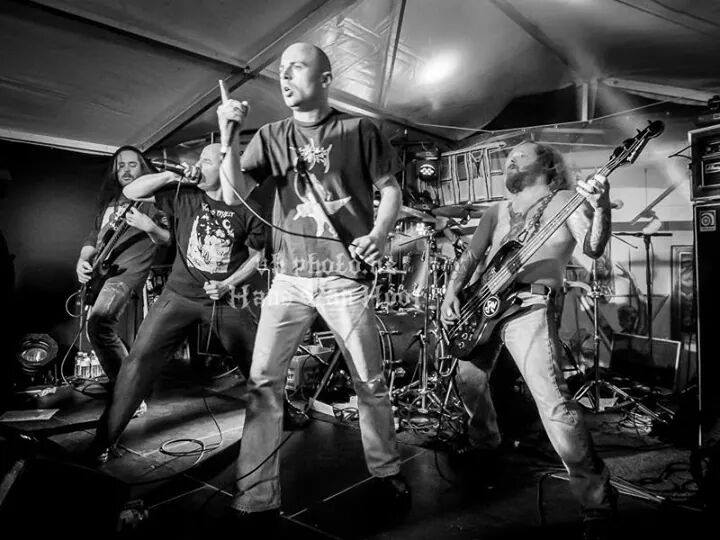