No Upcoming shows as we are looking for a new Drummer, so if you have got what it takes, one foot blast is your thing and live close to us, get in touch!!!

In the meantime check this out!
Osmose Productions will release "In For The Kill" on a limited edition red vinyl version (only 300 pcs) as well re-issue on CD. 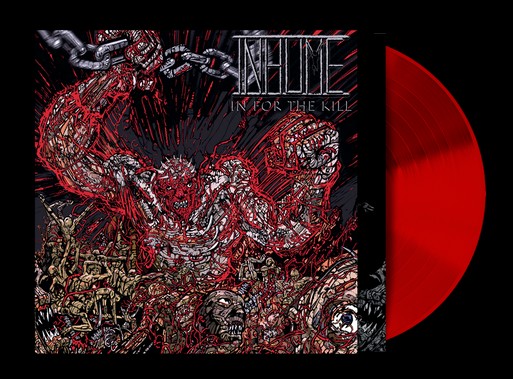 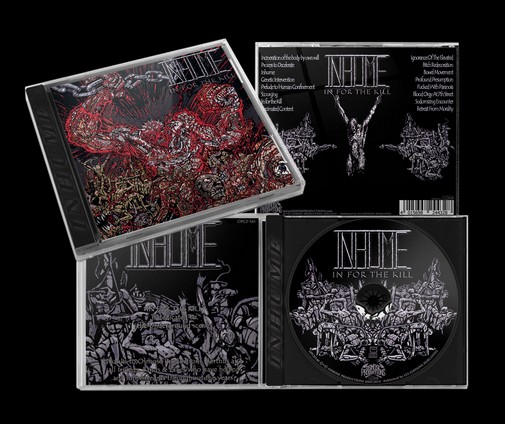 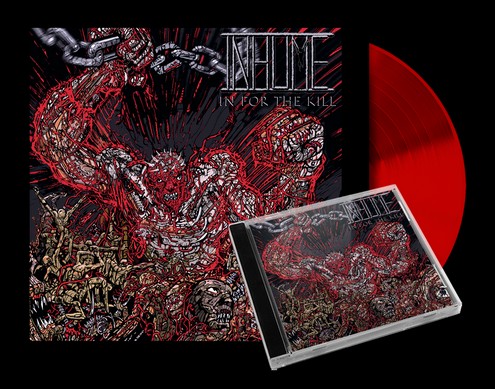 Celebrating the 25th Anniversary of Dutch Death Grinders INHUME, Osmose Productions will be re-releasing their first album under the Osmose flag once again. Inhume’s “In For The Kill” is a strong contender for most brutal album ever! Recorded semi live at Franky’s Recording Kitchen by Berthus Westerhuis (a.o. Asphyx, God Dethroned, Severe Torture, Dead Head) this beast contains 16 tracks of relentless and over the top brutal grinding blastbeats and monstrous riffs guaranteed to please even the most spoiled death ‘n grind afficionado! Not for the faint-hearted as this one really is “In For The Kill” and veteran GrindCore and Deathmetal Fans alike will once more be able to enjoy this masterpiece from the lowlands!

Besides that you can finally find Inhume online in various digital formats for your streaming pleasures:

And if that is not enough, Bones Brigade Records will also do a re-issue of "Decomposing From Inside"! This is the one which started it all, our first album released 20 years ago. 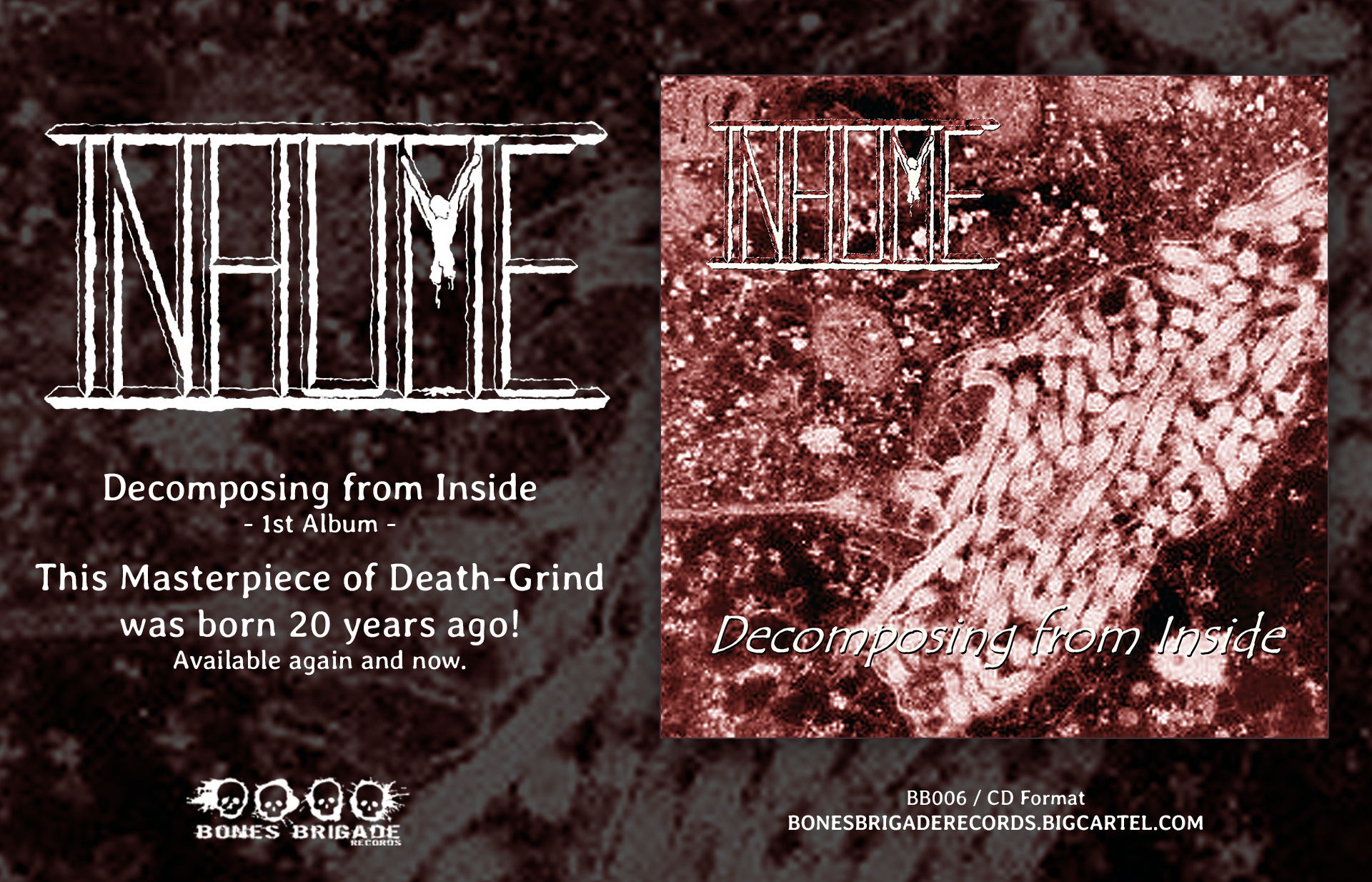 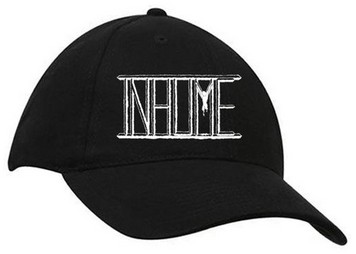 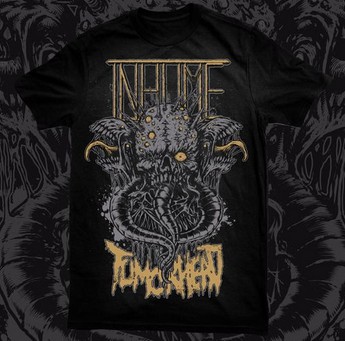 And to top it all of: We are working with Xenokorp Records on "Decomposing From Inside" (Remastered) on Vinyl! (first time ever). 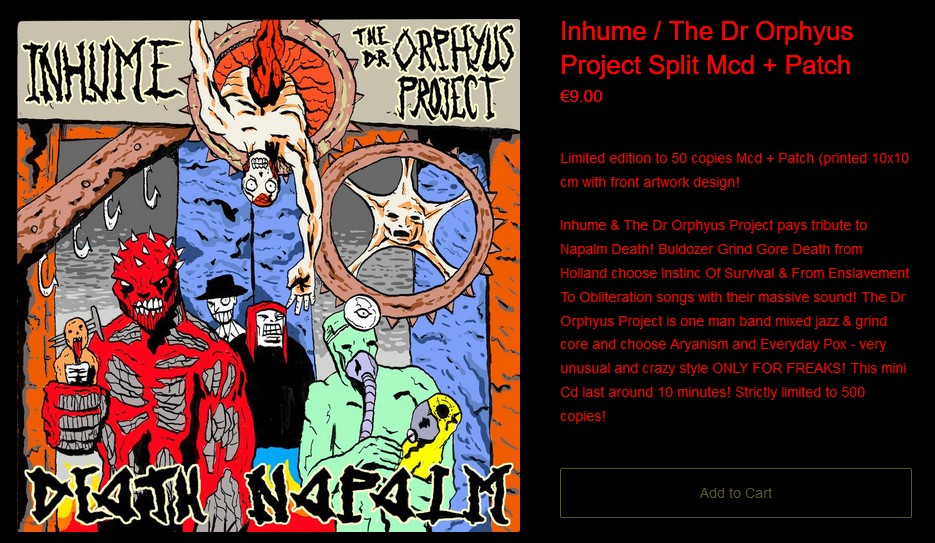 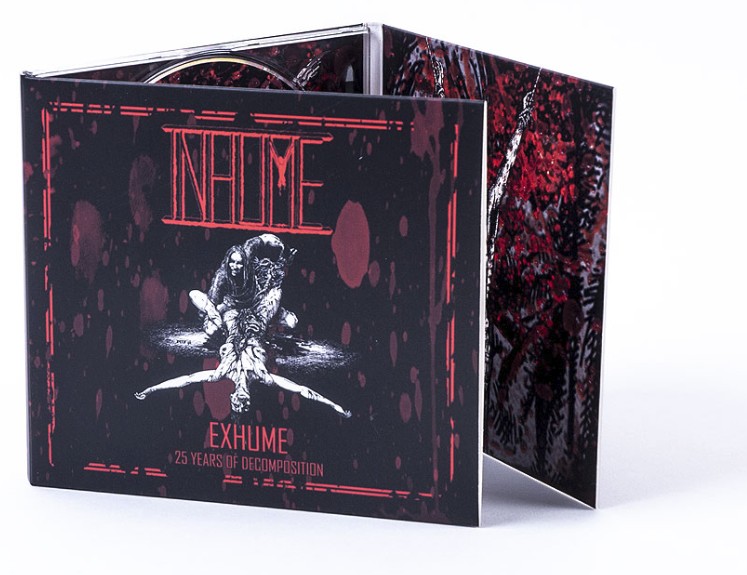 XENOKORP is proud to announce the Dec.07 release of “Exhume: 25 Years of Decomposition“
a collection of rare and previously unreleased tracks by Death / Grind veterans INHUME celebrating the band’s a-quarter-of-a-century-long brutal history.

“Exhume” is collecting all of INHUME‘s demos, splits (with BLOOD, LAST DAYS OF HUMANITY, S.M.E.S., SUPPOSITORY and MUMAKIL) and tribute tracks (REGURGITATE, REPULSION…) so far
as well as previously unreleased ten-years-old pre-production material for the band’s latest full-length so far, “Moulding the Deformed“, and three rare live tracks from 1997 including a TERRORIZER cover version.

Compiled by the band itself and remastered at CONKRETE Studio (DEFEATED SANITY, MERCYLESS, PUTRID OFFAL…) it will come with a re-worked version of “The Missing Limb” 1997 demo artwork
as a gorgeous 500 copies limited edition DigiPak CD first print including a 16 pages booklet full of detailed liner notes, classic pictures, flyers, etc.,along with a brand new t-shirt design.

The album and merch. will be available for preorders starting Oct.22, right after INHUME‘s new European tour with label-mates PUTRID OFFAL with,
depending on the manufacturers’ reliability, exclusive advance availability of both the album and merch. during the tour.

On a side-note, the previously announced and delayed until further notice vinyl reissue of INHUME‘s 2000 debut full-length “Decomposing from Inside” has now been rescheduled for a first half of 2019 tentative release.
More on it later. 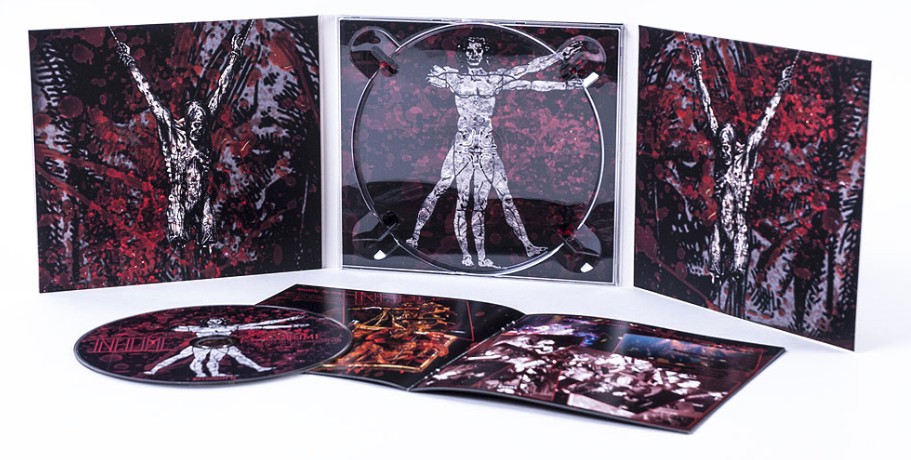 See you all out there! 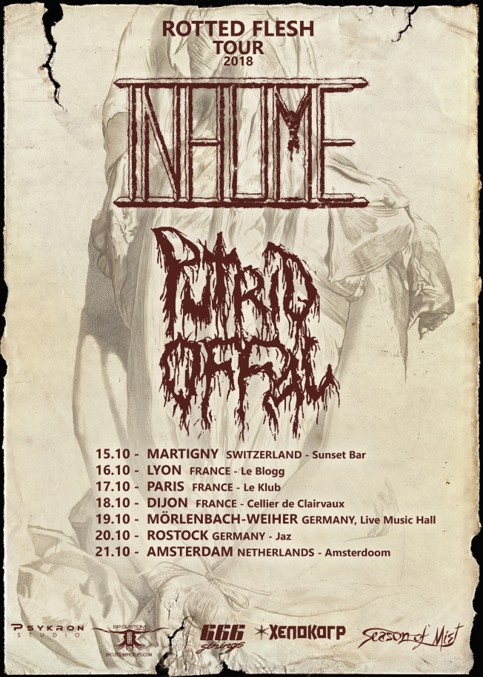